Smart speakers: what are they?

Conceived to broadcast music and answer simple questions, smart speakers are now also ready to manage homes. A short summary of the main offers on the market. 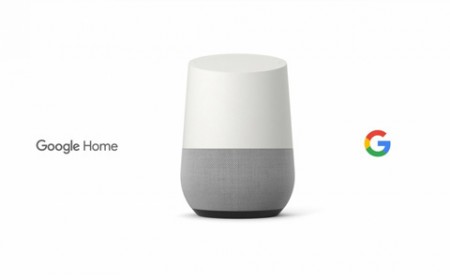 Although of similar sizes of normal speakers, the most modern smart speakers can communicate with home users and, most of all, execute a number of commands. After the next few months, when coming home with your hands full of shopping, all you will have to do is say “switch the lights on”. Or when leaving, it will suffice to order “shut everything” to shut rolling shutters and lights, and to lower the central heating temperature.
The first products capable of communicating with home controls are already on the market and should reach Italy during the summer months, ready for interfacing with the main manufacturers of smart home solutions, the evolution of home automation.
But what is currently on offer?
The first rumours indicate that Apple has decided to aim at its own ecosystem, the higher range. The HomePod smart speaker in fact also offers outstanding performance in terms of sound quality.
On the other hand, its competitors Google and Amazon are more oriented towards the mass market. But also other manufacturers are taking significant steps, although their strength in terms of brand is not as developed.
Google Home devices in particular have an integrated home automation support, which enables users to control intelligent home appliances with their own voice.
In May 2017 Google announced several updates to Google Home, and already has an integrated home automation support, which enables users to control intelligent home appliances with their voice.
2014 saw the birth of Alexa, a voice assistant that took the shape of Amazon Echo. A cylinder-shaped speaker with microphone. We talk and Alexa answers, interacting with its internet searches and the devices connected to Amazon Echo and the home.
Alexa performs the tasks that are typical of all voice assistants, but is also the point of connection with the Amazon store, where we now make many of our purchases.
Amazon Echo is currently not available in Italy, and Alexa only speaks English.
However, things have started. Voice assistants will have a fundamental role in pushing smart speakers. A recent worldwide study by Ovum currently sees Apple and Samsung in leading position. However, it is expected that in the next few months Google may well take over.

One of the players in the smart home could be Samsung, who has introduced its digital assistant Bixby, which can be activated using a dedicated key on the new smartphones. The arrival of the South Korean giant to the smart home market is also facilitated by its production of intelligent home appliances.

The new feature of HomePod by Apple

The presentation of Google Home