The Legrand group will use the Nest Weave protocol to develop new connected products. 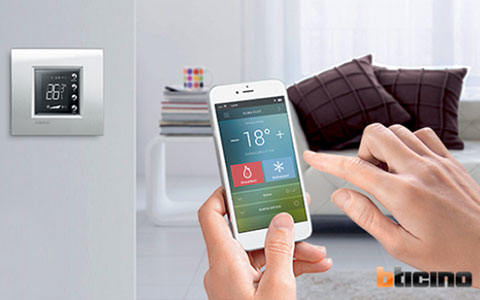 More and more convinced of the fact that the IoT has opened up a new area in connected buildings, Legrand will use the Nest Weave protocol to develop new connected products.

After launching their Eliot (Electricity and IoT) programme Legrand and BTicino will continue with the promotion of interoperability between the products installed in buildings. For this reason a series of products based on the Nest Weave protocol is in the development phase. Moreover, as the company managers confirm, interoperability is essential for affirming the Internet of Things in buildings. The use of an open communication language will be increasingly promoted – a language which can support integration and communication with the largest possible number of third-party systems. In this way one can offer a growing number of benefits to users, but above all being able to choose the components and electrical appliances of the home or office freely, without excluding future expansion possibilities. Legrand is also a member of the AllSeen Alliance, one of the most important consortia for the promotion of products, services and systems based on the AllJoyn technology, for the global adoption of the IoT at all levels. Moreover the Legrand group, of which BTicino forms a part, has always adopted the ZigBee standard which, thanks to its openness and the possibility of wireless communication, is a forerunner of the Internet of Things.